History of Caesar Salad and traditional recipe: know the origin of the most popular salad 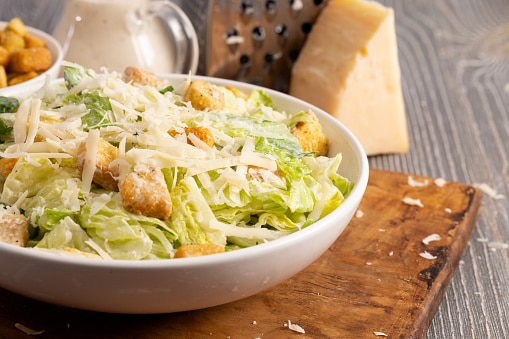 Caesar salad is one of the most popular salads with its own name all over the world. Since the day it was born, this humble salad (originally) has conquered the most exquisite palates. It has made those who hated this dish eat salad. And it has helped us to eat something better, including this complete salad in our diet. If you are also Caesar salad lovers, don’t miss its history. We also bring you the original recipe of the authentic caesar salad traditional. Just as it was born.

Caesar salad is a salad made with romaine lettuce and croutons. Over the years, different ingredients were added to this preparation, until the recipe we know today and which has achieved so much fame. Some of the most popular additions have been chicken and anchovies, but, as we shall see, these were not present in the beginnings of this salad.

Although originally this salad was dressed with Worcestershire sauce and lemon juice, its dressing also evolved, until it reached a sauce as popular as its salad: the Caesar sauce. It is used not only in salads, but also in many other dishes.

History- The origin of the most popular salad

The creation of Caesar salad is attributed to Caesar Cardini. Cardini was an Italian immigrant who worked in restaurants in Mexico. As with all popular dishes, there are many versions of the origin of this salad. But the most popular version tells that on July 4, 1926, a large number of people came to the restaurant where Cardini worked. It was the Independence Day of the United States and they wanted to celebrate it.

But Cardini did not expect so many diners. So he realized he didn’t have enough ingredients to serve them. Nervous about this situation, he quickly prepared a quick salad at the same table where the group was sitting. This salad included romaine lettuce, egg, Italian cheese, lemons and dry bread.

To give it a better flavor, he added a sauce that his family made. This simple, improvised recipe was a success.

Years later, in 1938, Caesar Cardini and his family moved to Los Angeles. There they began bottling and selling their salad sauce.

As with all salads, the Caesar salad recipe has also evolved over the years and varied ingredients. But it is believed that the first Caesar salad was made with romaine lettuce, bread, anchovies, egg and Parmesan cheese.
Let’s take a look at the most traditional recipe for a delicious Caesar salad.

Did you know that… ?

Due to the short cooking time of eggs, they were banned from sale in California in 1990. It was considered that the egg, cooked so little, was raw. Eight years later its sale was, once again, legal.

As you can see, the original recipe did not include one of the star and most representative ingredients of this salad today: chicken. But you can add it without any problem, as it is delicious. Or you can also change it for some crispy bacon. Or add cherry tomatoes.

However you make it, this salad is always a success. It is quite complete thanks to the egg but it is also a very healthy option as a first course.

If you liked it, remember to leave us your comments. Don’t forget to follow us on Twitter and Instagram to keep up to date with all our posts and not miss any of them. 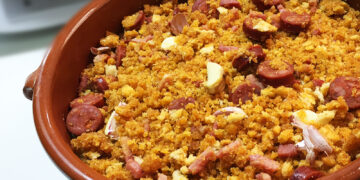 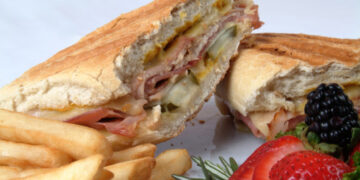 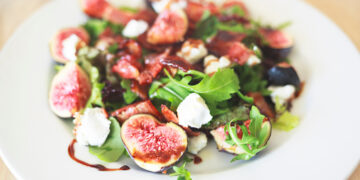 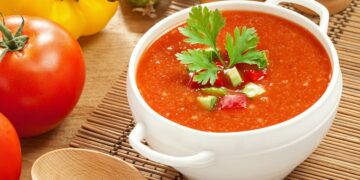 Spanish cuisine is a very healthy, varied and traditional. It has very traditional and delicious dishes. Most of them, coming...